The Corporations purpose, as written in its Constitution and expanded in its By-Laws, is to provide co-ordination on a National basis for the activities of its Members when such co-ordination is necessary.

To achieve its purpose the Corporation may enter into a relationship with any other organisation whose purpose/objects are compatible with ours.. Michael von Berg MC OAM – Chairman. Michael is the President of the SA Branch of the RAR Association. He served with 5 RAR in Vietnam and has had broad and extensive experience in international and national business activities.

He lives in Adelaide. Hori Howard AO MC ESM – Director.  Hori is the immediate past Honorary Colonel Commandant of the Royal Australian Regiment. After many years in the Army was the Director of the NSW State Emergency Service. He maintains an active involvement in ES.

He lives in Austinmer NSW.

Stephen Dunn AM – Director.  Stephen founded Dunns4 Consulting Pty Ltd in September 2010 after an extensive military career that saw him retire with the rank of Brigadier.  He has a Graduate Diploma in Management Studies, a Bachelor of Arts in International Relations, Directors Diploma in Personnel Management, and is a graduate of the Australian Institute of Company Directors.  He has been a Director of the Royal Australian Regiment Foundation since 2010 and President of the Royal Australian Regiment Association – ACT since 2014.

He lives in Canberra.

He lives in Murray Bridge SA.

SGT Anthony Meixner – Director.  Chris is a current serving Infantryman posted to 1 RAR and has operational service in The Solomon Islands, East Timor, Iraq and Afghanistan.  He is also the Chief of People and Culture Officer as well as a Co-Founder of Swiss8 whose team of combat veterans have built a proactive mental health program that is delivered through a mobile app.  The programs that the app offers are all proven to reduce anxiety and depression.

He lives in Townsville.

Greg Decker – National Secretary.  Greg served with 8/9 RAR as a senior NCO retiring as a WO Class One in 1999. The role of National Secretary is primarily focused on engagement with our RAR Family.  Greg will is responsible for sending out information to you on emails, our website and Facebook along with conducting polls and our regular newsletter.

He lives in Brisbane. Trevor Dixon – Company Secretary.  Trevor is the  Managing Director of a number of commercial enterprises.  He is an advisor to the board of the DFWA, Chairman of his local High School Council and has previous experience including appointment as Company Secretary to another national not-for-profit as well as the immediate past president of his local RSL Sub-Branch.

He lives in Brisbane.

The Corporation currently has both a Patron and Co-Patron: 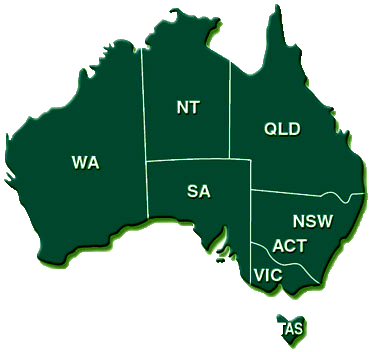